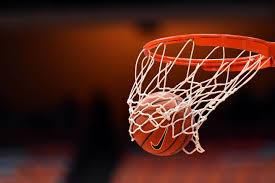 let me disclaim here, my kids choose to play basketball, they have fun doing it, they want to. some are more in love with the sport than their siblings, but they still all choose basketball as their physical activity.  I am a big fan of the team comrade it gives them, learning from different coaches, playing with different groups, making new friends not just those they go to school with.  basketball has provided so many benefits for them , that is my disclaimer.
basketball try out season has not always been the best time of year for me, hence the reason why I say it is the most wonderful time of the year, for some.  I have been on both sides of the basketball try outs.  I have one kid that excels, loves it, always gets picked for the team and I have another kid that kind of cares, could take it or leave it but wants to make the team if asked.  I have been told by college coaches how amazing my kid is and I have been told by college coaches my kid has zero potential, so literally I have been on every side of the try out gauntlet.

while this year so far my girls have made the team, I have sat waiting, hitting refresh on the website that publishes the roster to see the results. I know that heartache that comes with hearing your kid just isn’t there yet or so many that tried out, scanning the list over and over hoping you missed a name.  I have cried countless tears, I just wanted that team setting, be a part of the team opportunity for my kid but was told they were not good enough.  I am a mom, I want what is best for them  I know the sadness of my kid being cut and younger kids making the team, I know the sadness of my kid being the younger kid that has made the older team, there is sadness that comes with that too.  my kid has been told why they shouldn’t be on a team by parents who are upset their kid didn’t make it and I have had my kid congratulated for it. so I get it, I understand it.

while I am super proud of my girl who works so hard at the sport she loves, I prepare her for the adversity that comes along with it.  at the same time I prep myself, that maybe this year is not the year a coach is going to see the potential in my son. I mean, clearly, I know he is going to be a 6’8″, left handed stud, but not everyone can see that potential. 🙂
but what it comes down to, really, is my kids have 2 legs that allow them to run up and down the court, strong lungs that keep them breathing through the drills, arms to shoot and hands to catch (maybe to catch) and the ability to take criticism and accept feedback. when they make the team and when they don’t, I still have the gift of being their mom and picking them up if they are down and celebrating with them.
basketball may make up 12 months of the year in my house, and people think I am nuts for what we put into it, but it is so much more than basketball, just as the hash tag says.  basketball has given us some of the best memories as a family, the most amounts of joy and sadness, the most amount of together time, the most amounts of 1:1 time, the most fights in the driveway, the most fights in the bleachers but way more fun and laughter that out weighs the bad.
I’m looking forward to another successful, good and bad season ahead of us. 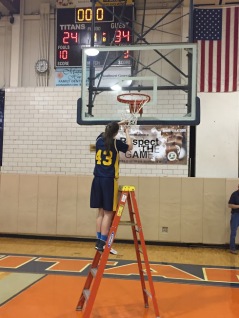